Alien in the heart of Gruyère – H.R. Giger Museum

I remember when I first came to the district of Gruyère. My boyfriend took me to the lovely, little, medieval village Gruyères. Just before the castle a bit up from the picturesque center there’s an alien. H.R. Giger Museum looks like it doesn’t belong there, but at the same time where the hell would it look normal? There’s a huge contrast between medieval castle and the entrance to the museum. Interesting and twisted contrast. That’s what I like.

Born on the 5th February 1940 in Chur, Switzerland Hans Ruedi Giger became famous as the father of ‘Alien’ that earned him an Oscar in 1980. His father wanted him to become a pharmacist but Giger moved to Zürich to study architecture and industrial design. His first posters where published in 1969 and he was steadily becoming more popular internationally. Necronomicon and Necronomicon II, books of paintings, caught an eye of Ridley Scott and that’s how H.R. Giger became really famous.

He was in a relationship with  Swiss actress Li Tobler, who commited suicide in 1975. Then in 1979 he married Mia Bonzanigo. Marriage didn’t last long. His last love was Carmen Maria Scheifele Giger, who is a Director of H.R. Giger Museum.

Music fan and artist himself, who designed many album covers, microphone stands etc. He directed number of films, created furniture designs. Cyberpunk machine you could say.

He passed away on the 12th of May 2014 in Zürich from suffering injuries in a fall.

Giger chose medieval Gruyères after few visits and then with the help of an architect- Roger Cottier the works began.
The museum opened its doors on the 21st of June 1998. There was quite a big concern in the village before opening. People thought ‘this type’ of museum might attract ‘the wrong crowd’ which turned out to be totally false and a bit naive thinking.

The museum has the most extensive artwork from the knight of the darkness. Was fully designed by Giger himself and has a you could say quite a disturbing feel. There’s a room 18+ with his more ‘adult’ paintings, a little place where you can watch a movie about the artist and on the top floor which also made a big impression on me you could have a look into his private collection, which in the end is as weird, twisted and controversial as his own art.

In August 2005 alien sculpture appeared outside of the museum which gave the city by-laws a bit of a headache. The museum then had about 40 000 visitors a year but that wasn’t enough for the ‘Alien’ creator. He told Swiss television: ‘I need this type of sculpture to be outside so visitors will stop and look and then maybe come into the museum’. Logic. Since there’s a retirement home next to the museum and the piece of art was giving nightmares to its residents, it disappeared shortly afterwards. 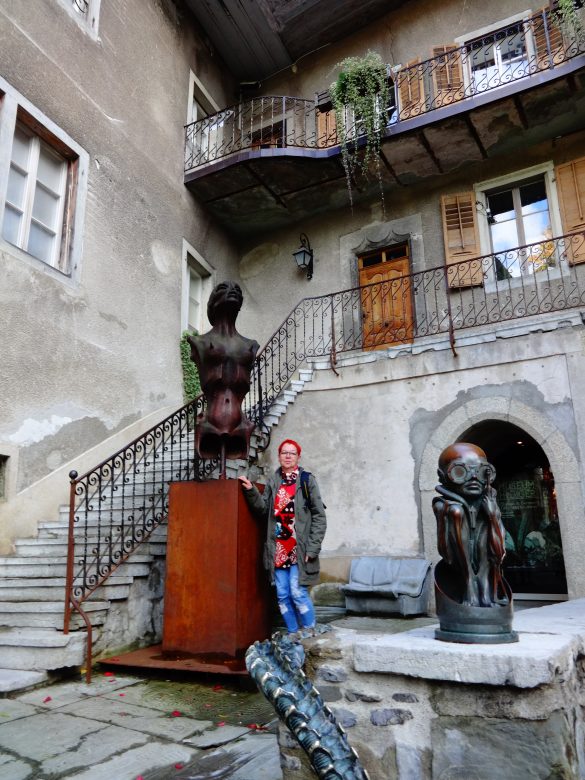 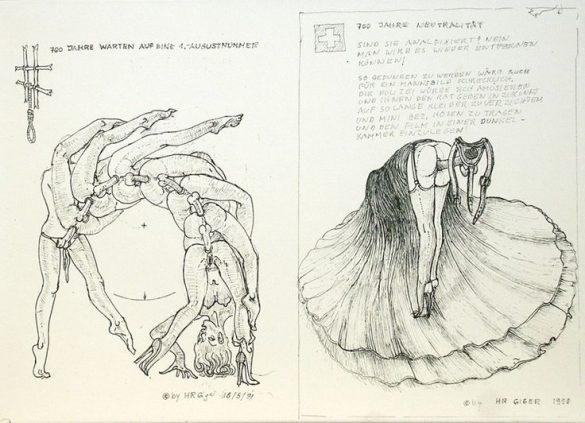 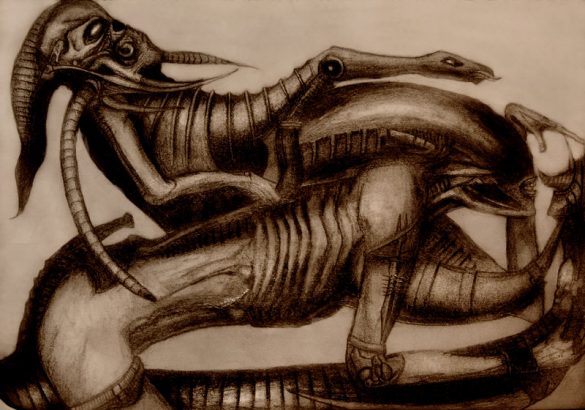 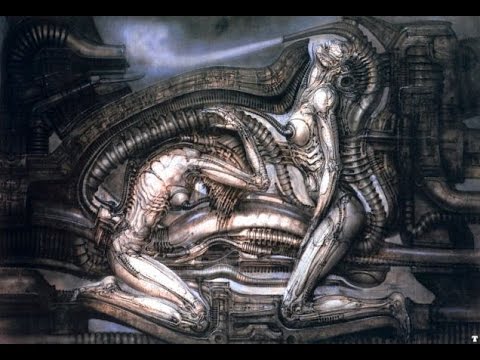 Opposite to the museum there’s a Giger Bar which was opened in 2003. Biomechanical design of it and his artwork make it quite a special experience. Experience not for everyone. ‘Alien blood’, ‘bambi blood’, ‘Giger coffee’ and many other drinks add to an atmosphere of this place. 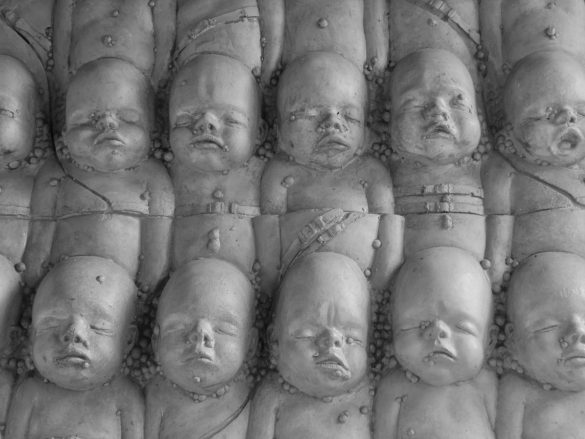 ‘My paintings seem to make the strongest impression on people who are, well, who are crazy. A good many people think as I do. If they like my work they are creative… or they are crazy.’ – H.R. Giger told the ‘Starlog’ magazine in 1979. I guess we are crazy. My parents, boyfriend and myself loved the H.R. Giger Museum. It is twisted. When you get out its darkness you’re not sure what to think. You’re not sure what to think about Giger either, but you do love him and his art in a strange way. At the same time you wonder what the hell was in his head and you are quite happy not to have all his visions in yours.

What: H.R. Giger Museum and Bar

Tip: When in Gruyères don’t skip it. Check the H.R. Giger Museum on the way up to the castle. Take your time. Enjoy a drink in a bar. Take photos. Breathe in the atmosphere and continue into the lightness 😉

Gruyère – where the hell is that?